A roundup of NAB, and thoughts for IBC

Spring has finally arrived here in London, and the sun shining has helped everyone get over the chaos of NAB. And while much of 2018 has been spent on making NAB a success, now, just three weeks later, it seems but a distant memory—with attentions already turning to IBC (I know, right?!).

This year’s NAB had over 100,000 attendees, more than 1,700 companies exhibiting—244 of which were new companies making their debut at the show—and covered everything from cameras to artificial intelligence, sports to post-production and VR to advertising.

Big tradeshows like NAB are an opportunity for vendors across the industry to showcase the latest and greatest technology (even if that does include a smart fork that tells you you’re eating too fast, or a LED powered egg carton that lets you know which egg is the freshest). But it’s not just about products; they are also an opportunity to take in some of the interesting discussions and debates taking place in the industry today.

So, what were the big talking points at this year’s show?

The FCC won’t let it be

There was a lot of media hype in the run up to the show about the FCC’s presence at NAB. And it seems the FCC’s Chairman, Ajit Pai, was warmly received by the NAB audience, as he took to the stage on Tuesday at the ‘We Are Broadcasters Celebration’ awards event. In his session, Pai committed to modernising the industry’s regulations, and outlined four key areas where outdated rules would be changed to keep pace with today’s media and entertainment market. These were:

With some of these rules written in the analogue era, it seems the FCC is making a concerted effort to address the regulations and ensure the industry keeps pace with changing consumer habits.

While the show always promises to showcase the technology that helps to get content onto our screens, at this year’s NAB, there was a big focus on the content itself from some of the biggest films and TV shows that have hit our screens over the past 12 months. There was a panel session dedicated to the visual effects for Stranger Things 2, which specifically looked at how Dustin’s Demogorgon D’Artagnan evolved from ‘polliwog’ to its enormous fully formed state (this will mean nothing to you if you aren’t a Stranger Things fan. Sorry).

There was also a session that involved the Black Panther and Jessica Jones teams that discussed how these pieces of content were also brought to life, along with discussion around how images are manipulated through the post production process. Essentially, the latter was around how technology means that today, images can be manipulated at every stage of the production and post production process—which doesn’t stay in line with the cinematographer’s image.

Having great content is always going to be a top viewer concern—and a top concern for broadcasters and content service providers too. As it becomes increasingly important, I’m sure we can expect more conversations like this to come from NAB, and industry events, in the future.

When it comes to security, there are two different aspects that impact the MediaTech industry. Firstly, there is keeping content itself secure, which is important when it comes to things like piracy. But cybersecurity is now becoming a growing concern thanks to IP and the cloud. These advancements mean that today, broadcast infrastructure is at risk of cyberattack, and companies need to ensure they are protected.

But while cybersecurity didn’t get an abundance of column inches during the show, NAB did dedicate sessions to the subject—there was one ‘super’ session that looked at issues that makes organisations vulnerable to attack, another on protecting stations from hackers and spammers, and a lunch on the current cybersecurity landscape.

As more companies make the transition to IP and the cloud, cybersecurity is a subject that I’m sure will get more media coverage.

Getting to grips with AI

Machine learning and artificial intelligence (AI) are often phrases that go hand in hand (whether they should is an entirely different discussion). And whether it was intended as machine learning or AI, AI was a definite buzzword for NAB this year. Although lots of companies issued new products using AI, predominantly, they all focused on the use of AI for metadata tagging, including facial and voice recognition. (OK, the pedants among us might insist this is actually just machine learning, not true AI, but go with it for a bit—you get the idea.)

AI is still very much an industry buzzword, and while NAB was the first industry where we have seen so much media hype around the technology, this won’t be the last we hear of AI this year. As companies continue to work on products and services that incorporate the technology, I’m sure it’s something that will dominate headlines again later this year, at IBC.

Making the most of tradeshows

Tradeshows like NAB take a lot of time and effort to get right—in fact, companies from across the industry will have spent much of Q1 2018 making plans and ensuring that their NAB was the most successful to date.

Our own research shows that tradeshows are one of the most influential channels for vendors to get broadcasters and content service providers attention. But with such a ‘me too’ culture in the industry, almost half of broadcasters and content service providers – in other words, most vendors’ customers – find it difficult to find the partners they need.

With so much time and money invested in events like NAB, vendors simply cannot afford to have unsuccessful shows. We helped three industry players maximise their NAB PR this year, ensuring their news stories resonated with the media, they got the coverage they deserved, and met with key industry influencers to tell their story. You can read more in our case study here.

With IBC just around the corner, now is the time to begin preparations. But are you ready? If you’d like to know more about how to maximise your trade show presence, and ensure you are talking about the right things and getting seen by the right people, make sure get in touch with us today.

With April showers making their presence known, at least we are somewhat prepared for IBC. 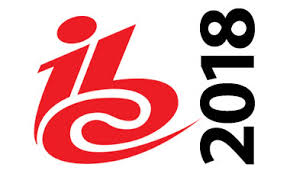