Automation of PR? Bring it on

Quietly slipped in at number 10 on the PRCA's 17 PR recommendations for 2017 list is 'PR automation'.

I think this is going to be a big deal in 2017 (especially in tech PR circles), though it will take time to gather pace. Most of the PR people I speak to about automation are nervous or dismissive – which is standard operating procedure when automation rears its head in most industries. But the potential for efficiency savings and focusing on higher value, higher margin work is quite incredible.

PR automation is  happening now, but it’s just the tip of the iceberg. The leading thinker on this is probably David Phillips. He talks about how media outlets such as AP are creating thousands of stories per quarter using automated technology and how PR pros are already using automated tools for social media monitoring and posting. PR Stack is full of early automation attempts and use of IFTTT, for example, is becoming more and more commonplace.

The next step is to bring these third party tools together in a platform (PR Stack provides a useful workflow), develop new capabilities (such as recording a case study briefing call, having Dragon transcribe it and an algorithm map out the content in a document based on standard case study structures – which a human can then edit) and integrate them into a user-friendly interface (this is critical). You then need to plug this in to dozens of agencies to generate the scale of data that will allow machine learning and AI to kick-in and improve the platform – and the results.

In 2017, we’re going to have a go at building this kind of platform. We may fail. But we're going to try. 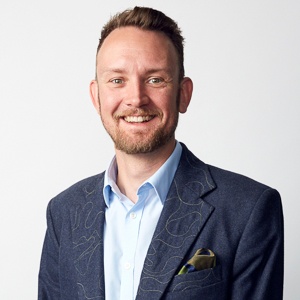 Rich is CEO of CCgroup and has worked with some of the world’s largest tech companies and most interesting challenger brands. He is a member of the PRCA’s PR and Communications Council and loves judging PR and marketing awards.