Last week, I watched the Fyre Festival documentary on Netflix. For those of you that don’t know about the documentary, or about the festival itself—back in 2016, US entrepreneur Billy McFarland partnered with hip hop rapper Ja Rule to launch a luxury music festival on a remote island in the Bahamas, called Fyre Festival.

As someone working in a field where organising and managing events is part of the job, the documentary was both funny and painful in equal measures—from Billy and Ja selling out tickets to the festival before they had even worked out how many people could fit on the island, to a total disregard to the lack of accommodation, running water and electricity, and lying about the acts they had secured for the event. It was, however, painful to see the devastating effects these poor decisions had on local workers.

The documentary does show the incredible impact that social media influencers have on consumers today. For the festival’s promotion, Billy and Ja enlisted the help of famous supermodels and social media influencers, including Bella Hadid, Kendall Jenner, Rose Bertram, Alessandra Ambrosia and Emily Ratajkowski. In fact, Kendall Jenner was paid $150,000 to post one image for Fyre Festival on her Instagram account—a simple orange square that would soon become iconic. After the group of influencers all posted this same image, the festival went viral, and tickets sold out within hours.

From there, the event planning just went from bad to worse—and rather than canceling the festival, they went ahead, thousands of people were stranded in the Bahamas, and when things descended into chaos they had to fly everyone home.

While it could be debated that the outcome says something about the rich millenials spending hundreds of thousands of dollars on tickets to an event to simply post pictures on social media that showcase their extravagant lifestyle—the documentary itself isn’t the only thing that has caught the media’s attention. The launch of the documentary itself was also interesting.

Netflix had promoted its upcoming Fyre Festival documentary ahead of the launch on the 18th January. However, just days before Netflix was due to release its documentary, Hulu surprise launched its own documentary on the festival, titled “Fyre Fraud”. This was a bold move from Hulu in the ongoing battle of the streaming players. It could be that the surprise launch was a competitive move to trump Netflix’s documentary, or a move that it knew would drive controversy and media attention.

The Fyre Festival documentary does highlight that there are good ways and bad ways to use social media, and Netflix’s use of social media for audience engagement is something that it does, and continues to do, well. It enjoyed success over the Christmas period with the launch of BirdBox and Bandersnatch, which went viral on Twitter, and received plenty of coverage in the media. Netlfix’s approach here was smart—it maximised a time where viewers would naturally be watching a lot of TV, eager for something new and interesting to watch other than the endless repeats on linear TV, and the Eastenders Christmas Day special. It also used an innovative way to capture its audience’s attention, knowing that its target audience was likely to be spending a lot more time on social media (desperately trying to avoid conversation with family members).

The Bandersnatch film, I believe, was a step in the right direction for the OTT giant. While a “select your own story” path won’t work for all films, the complete Bandersnatch package was genius—a film which gave the viewers choices, based on a game where the player would make their own choices (and which taunted the characters with these choices being made by a “greater force”). At one point, the film comes full circle, and fast forward to today (the film is set in the 80s), and someone is trying to re-create Bandersnatch for Netflix (and that’s not the only mention of Netflix in the film, either). What’s more, some lucky viewers were presented with a QR code at the end of the film which took them to the website of the creators of the Bandersnatch game. (In my opinion, this package is much better than the one Billy and Ja were trying to sell for the Fyre Festival).

This concept is also something that simply can’t be done on linear TV—and as streaming consumption increased by 89% last year, it’s this out of the box thinking that continues to drive viewer interest in these services.

Creating new and engaging TV experiences like this does require technology that will support—OTT with integrated social media, the ability to serve content quickly, on demand, to maintain a good experience—something which you can read more about in our white paper, that outlines the role of technology in the changing TV landscape.

Ultimately, in an age where social media is having a huge influence, there are some important lessons to learn—don’t follow in the footsteps of Billy and Ja, and use social media to sell a dream (and end up with a six-year prison sentence for fraud); but instead, use social media to create a buzz and engage with your audience, and stand out from the crowd. 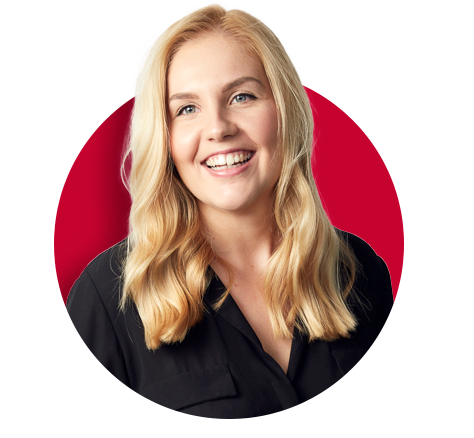 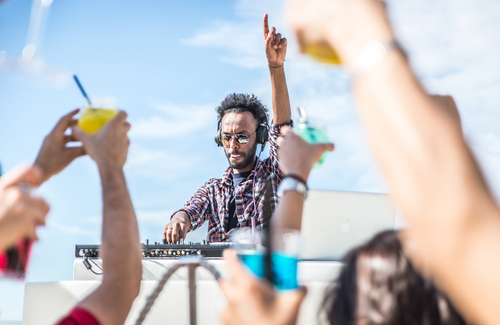