It's only going to get harder, this B2B tech PR lark. Especially in enterprise tech. Many of our clients target that amorphous shape that is the enterprise CIO or "IT decision maker" and as I have prattled on about before, this is not an easy business persona to get your hands round. No jokes please...

When I started in tech PR, pretty much all tech decisions were made by the CIO. Then the other CXOs realised that their own performance relied on mastering the technology available to them, and started selecting and investing, reducing the CIO to an approving and integrating role. This shift occurred at roughly the same time as the peak of cloud hype, meaning the greatest debate in the CIO world was (and in some quarters, still is) whether to be a server hugger or put their heads in the clouds. It seemed highly strategic at the time, but it's actually quite a technical and perhaps even tactical discussion.

More latterly, the CIO woke up and stopped the rot. He, and I'm glad to say increasingly she, started to unilaterally evolve the role and take advantage of the fact that tech permeated throughout the entire organisation and use their inherent tech nouse as a route to the top of the business. See Sarah Wilkinson's appointment to the top of NHS Digital as a case in point.

But, if the role has evolved and elevated itself, where does that leave the humble PR campaign that's trying to grab the CIO's attention? The previous triumvirate of cost, cloud and connectivity don't resonate as strongly anymore. Now we have to reflect and tap into genuinely more strategic drivers. There's only one problem... the CIO community isn't entirely sure what those drivers ought to be. This role shift is still new ground for them. They're learning just as much as we are.

Does that mean designing an impactful, resonating B2B tech PR campaign is doomed from the start? Naturally, no. But it does mean we have to pay closer attention to what is preying on our clients' audiences' minds at any given moment - which means taking the time to find out. 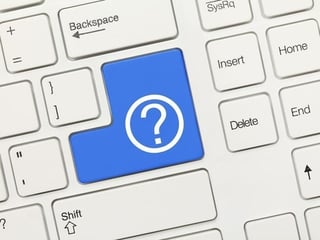