Unless you’ve been hiding under a rock the last few months, you’ll know that Chinese vendor, Huawei, has landed itself in hot water recently.

Unfortunately for Huawei, January 2019 has been less “new year, new me” and more “new year, who dis?” with several governments and telecom operators making the decision to leave the vendor in 2018. Huawei’s problems aren’t new however (see this blog from CCgroup’s Connor on where it all began), but what’s worrying is to see is how quickly the situation has escalated.

Huawei scrutiny began in early 2018, due to reports that it had close ties with the Chinese government, leading to speculation that Huawei equipment was being used by China to spy on its users. Since then, the US has accused the vendor of fraud, theft and obstruction of justice, filed 23(!) criminal charges against Huawei, arrested its CFO and has barred Huawei equipment from US government use. Australia and New Zealand have followed suit, and most recently, Vodafone Spain announced it would stop using Huawei equipment amid growing spying fears. Now, in the latest turn of events, President Trump is rumoured to be plotting a widespread ban on Huawei equipment throughout the US, one that would extend beyond its 5G roll-out. While Huawei has continued to deny the many rumours and allegations made against them – recently threatening to pull out from countries where it does not feel welcome – the fragile situation poses serious implications for the telecoms world.

Huawei is the world’s second largest phone manufacturer, and is also the largest technology vendor, responsible for the building and roll-out of wireless technologies around the world. While its disappearance in European and US markets would please the likes of Samsung and Apple from a device perspective, Huawei’s involvement in the roll-out of 5G could end altogether in both Europe and the US. New 5G infrastructure will have to be installed on top of existing 4G networks, where Huawei achieved global dominance. If other vendors such as Ericsson or Nokia were to take over, the cost of replacing infrastructure will be huge, adding to an already hefty 5G bill. Indeed, Deutsche Telekom recently warned that Huawei’s fall from grace in Europe could bring 5G down with it.

If this fall from grace were to happen, we could find ourselves on the brink of a telecoms cold war, whereby operators, industry bodies and associations (the GSMA is reportedly calling for a crisis meeting) are forced into an ethical dilemma, split between mobile network economics and the deeper emotional, political decisions. With more emphasis being placed on the need for industry collaboration, this rift could significantly impact the rate of innovation on both sides of the fence. Some operators need, and benefit from, the economies of scale that Huawei is able to offer to meet the mass demand for more data, better connectivity and newer, more exciting digital services.

Above all, however this rift could prove particularly damaging to the age-old principle of market competition and could, if left to fester and worsen, lead to Huawei’s complete demise, and result in increasing equipment pricing for telecoms operators. For CNBC's Karen Tso, the situation could implode in a ‘splinternet’ whereby China, Russia and its allies use a different kind of internet, with different standards and restrictions governed by political views, to that of the West, more focused on protecting data privacy and freedom of speech.

Ultimately, it’s difficult to know what will happen next in this series of Huawei’s unfortunate events. Some could argue that Huawei’s troubles could be good news for boosting collaboration between other vendors such as Ericsson and Nokia, and could even provide a new lease of life for these legacy vendors. In any case, if the current situation is anything to go by, the Chinese vendor will need to make more than a great leap forward to get itself out of this mess.

Anaïs has worked in B2B mobile and telecoms since 2015 and has specialized in mobile & telecoms for much of this time. As CCgroup’s Head of Mobile & Telecoms, Anaïs runs several accounts within the portfolio, including: BT/EE, Wind River, TEOCO, ng-voice, Neos Networks and Lynk. Anaïs leads on campaign strategy, account planning, and client management. Anaïs also supports content creation and media relations, having built strong contacts with core trade and business journalists over the years. In 2021, Anaïs was named on PR Week’s 30 Under 30 list, and awarded PR Week’s ‘Young Game Changer of the Year’ Award. 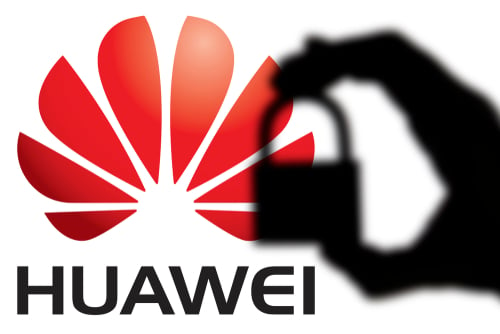