Is VR the new second screen?

It seems that not a day goes by where we don't see some mention of virtual reality in the news. From gaming to video to even real estate - it seems the world is intent on finding new ways to apply VR to our everyday lives.

It was also something that I saw in abundance at NAB in Las Vegas just a couple of weeks ago. An astonishing amount of companies had VR demos and headsets on their stands, demonstrating the use of VR in video - and I am sure CCgroup's Head of Broadcast and Media Duncan was intent on trying on every single one! (See photo evidence below).

But the explosion of VR has made me question whether this hype will become a reality? We saw it with 3D glasses - will VR have the same misfortune?

While many companies at NAB had VR to show films and short video clips (some even in 8K), I am unsure if the application of VR is going to be around long form content. I can't be the only one that feels horrendously ill after putting on a VR headset (which I learnt at NAB is partly down to the design of the headset). And I know full well I couldn't put one on for any more than a few minutes to watch a TV show or even a film.

So I don't think VR has the same destiny as 3D glasses - I personally think VR is going to be the next second screen. When we saw the explosion of smartphones and tablets, the industry was certain that this would be the death of the TV (and some are still adamant that it is). But the second screen has become much more of a complimentary screen to the TV - whether viewers look up scores or stats related to a football match, or because they can't remember which film they saw that actor or actress in.

I believe the future of VR is going to work in very much the same way - and think it has a bright future in sports. Imagine being able to put on a VR headset to watch a replay of a goal, or to see the inside of a F1 car during a crash.

With the industry (and Duncan) continuing to be fascinated by the use and application of VR, the technology isn't going to fall on deaf ears (or eyes). There is a future for VR - much like there is the second screen. 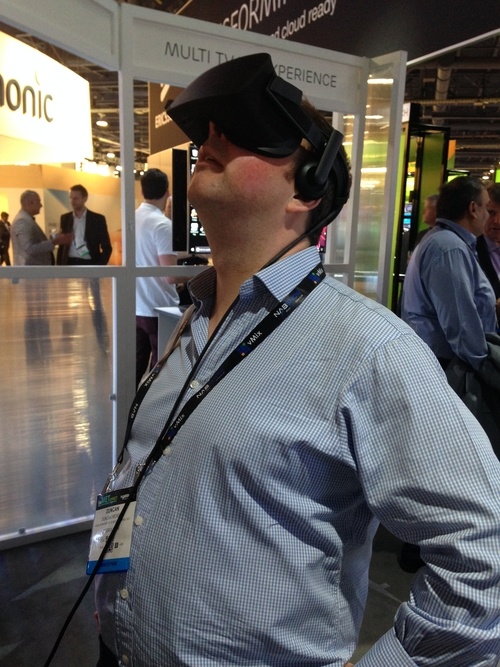