Well aren’t we glad that’s over? I know my friends and colleagues in the world of telecoms PR will certainly think so. While the show build-up represents months of hard graft, the event itself is always enjoyable – assuming there are no client-based catastrophes, aggressive demonstrations or deteriorating weather.

Thankfully there are no catastrophes to report. All our clients had a great show – lots of media and analyst interaction, excellent customer or prospect meetings and quite a few being invited to join what remains an excellent conference programme.

Aggressive demonstrations? Yep, there were one or two of them. Given the Catalan political climate at present, we were always unlikely to escape unscathed. I had reports from at least two client organisations who were barricaded in their hotels on Sunday night as protestors angrily targeted the King of Spain (who was himself closely guarded in a neighbouring hotel). The hotel bars were the only winners that night.

The weather? Well it was rubbish, wasn’t it? But not nearly as bad as conditions in the UK or Ireland. Let’s spare a thought for our Irish friends, many of whom we left behind in Barcelona on Friday as Dublin airport tried to unbury itself from snow. I think most got away last night. Horrific.

I described MWC17 as a holding pattern as the industry looks to contemplate the next phase of evolution. A show more of potential than promise – lots of concepts and lots of demos. Last year, 5G came into view, the OEMs were being accused of lacking innovation, the IoT drum was being thumped, we were all getting virtualised and there was preoccupation with all things disruption and transformation. So, what has changed in 12 months?

Well, 5G is certainly more of a ‘thing.’ Ok, so the business case needs a little work. But the technology is moving forwards and taking key aspects of network evolution with it: network slicing, AI, automation, cloudification and interesting advancements in mobile edge computing. The big vendors, as always, were the biggest 5G attention seekers – Huawei, Ericsson, Nokia, Qualcomm etc. Anyone would think they were on the hunt for new revenues… These guys LOVE a product-related press release…

I put IoT in the same bracket as 5G. Lots more meat on the bones, although IoT is seeing much more action in terms of real applications and real revenue – but still not enough to warrant significant excitement. Well not yet, anyway.

The OEMs? Did they deliver? Well it depends where you were looking. If you were gazing at Samsung, Google or Sony for inspiration, you were probably underwhelmed. Is the Samsung Galaxy S9 the definitive iPhone challenger? Well yes, of course it is. Will it change the world? No. Is it significantly different? No. It looks nice though, and will certainly sell.

I’ve read countless articles reporting from MWC complaining about a lack of device action. Bemoaning a lack of show news, in general, not just device news. MWC has never been much of a device show. Let’s face it, Apple doesn’t turn up, Google has a limited presence, while Samsung and the OEM ‘also rans’ throw the kitchen sink at it. Consumer-facing media therefore become focused on Samsung’s latest innovations – its annual Galaxy launch nearly always gets the most headlines. The smartphone market has peaked. iPhone sales are slowing, people are holding onto devices for longer. This will only see smartphones become more expensive and low-cost, fad-based alternatives like the Nokia ‘Banana Phone’ become more popular. It was the same twelve months ago and will be the same at MWC19 – although rumours of three new iPhone launches have significant surprise potential. I’m all about hedge betting…

I don’t think there was a lack of news. My colleague Anais has summarised some of the stories that caught her eye here. Like her, I thought there was lots of news. Maybe nothing hugely ground-breaking, but lots of evidence of technology moving in the right direction and vendors totally redefining the way they work. The fact remains that learning to do things in different ways is hard. Trying to agree new technical standards and navigating complex regulations is going to take time. I can’t understand why the industry can’t be a little more patient. The operators seem content to take their time when it comes to making technology purchasing decisions, our recent Catalyst paper proves this. The vendors are just going to have to be patient, even if they can’t afford to be.

I also wanted to reflect on MWC through the PR lens. My good friend Scott at Telecoms.com, famous for eloquent rants, focused his guns on the PR community at the start of the show. His frustration is with being treated as an Excel-based KPI by PR agencies in the build up to, and during the show. Signing him up for client briefings and ‘encouraging’ resulting coverage being the agency objective. He did assure me that he wasn’t setting his sights on CCgroup. He’s happy to admit that there are a handful of great agencies that ‘get it,’ and we are one of them.

I’ve touched on the challenging climate facing the trade media. But then I have invested in a research paper that emphatically proves the value. There simply aren’t enough high-quality journalists in telecoms because they aren’t getting the financial support they need to grow their ranks and develop real editorial that holds the industry to account. We are in an age of vendor self-promotion through owned content. This is creating the hype cycle that the industry continues to shake its head at. Big PR agencies treat the media as transactional commodities partly through downright laziness, but also because the art of human interaction and investment in relationships is dying. I’m extremely proud of the relationships that both I, and CCgroup, have invested in over the past 15 years (it has cost us a fortune in beer). We always work hard to encourage our clients to support them financially too. You may be able to automate a 5G network, but the same is not true of PR network. We’re dealing with people – great people, that want to be treated as such. So, let’s make more of an effort please.

So, there you have it guys. That was MWC18. A massive thank you to everyone that helped us be successful. We very much appreciate all of you.

Paul is COO and Head of Mobile & Telecoms at CCgroup. He has worked in mobile & telecoms PR and integrated communications for more than fifteen years. He is responsible for the daily operation of CCgroup and the management and development of CCgroup’s mobile & telecoms client portfolio. 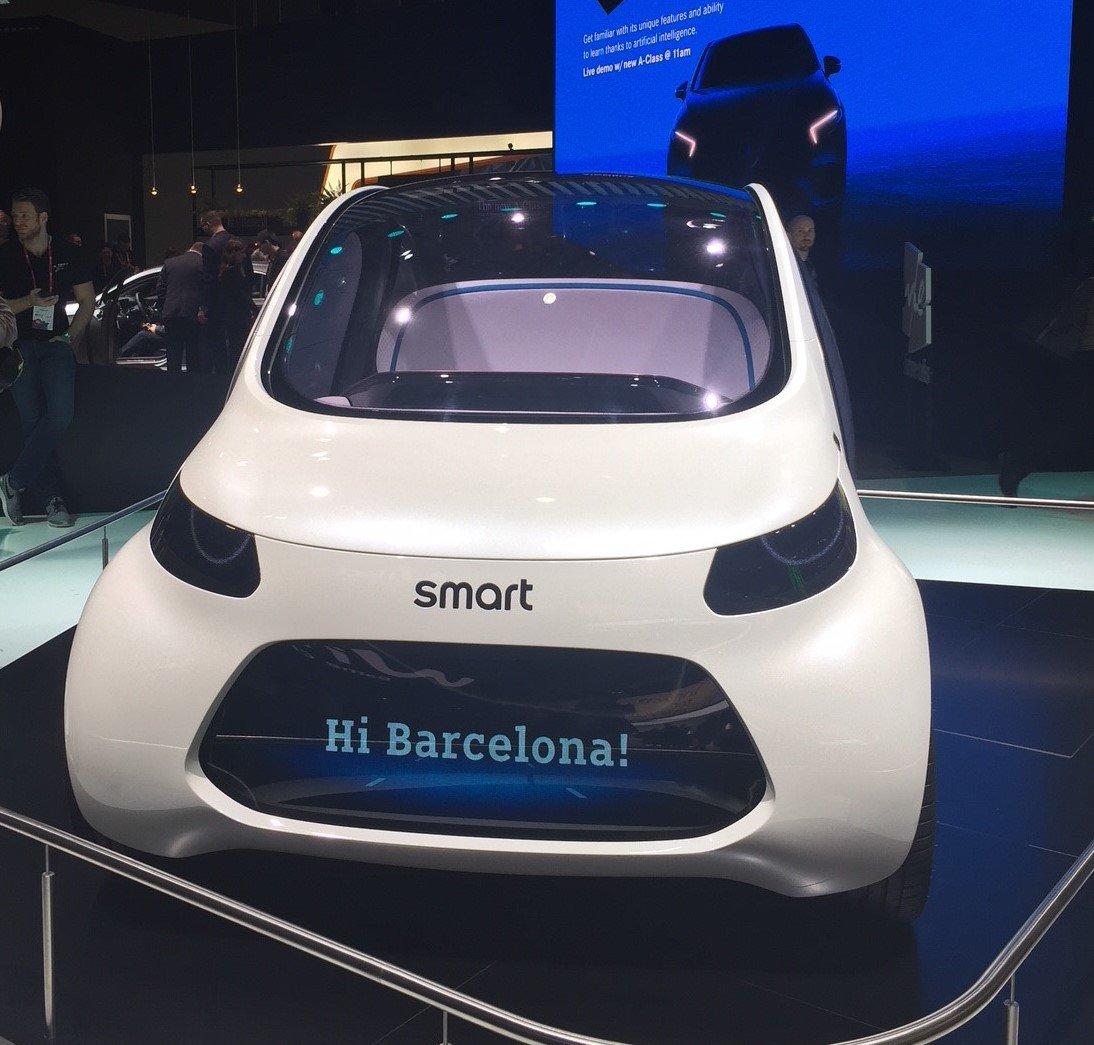 Back to CCgroup blog Mobile & Telecoms at CCgroup