Sex robots are officially a thing. But what can they teach us about the future of AI?

American comedian Whitney Cummings did something interesting this summer. She embarked on a project exploring the impending robot revolution and to what extent we’re OK with them replacing certain tasks that are required of people – in this case, women. She visited a bona fide sex robot factory and had one made in her likeness. It was, in essence, a social experiment, which culminated in a Netflix special called Can I Touch It?

For me, it’s sparked curiosity about how far AI can, and will, transform our world. We’ve reached an interesting point in time, where it’s no longer the stuff of 80s movies, but it’s officially permeating every aspect of our lives. From Amazon’s voice-activated Alexa to writing technology that helps managers craft job postings at speed – AI is in our hearts, homes and workplaces. And it’s only going to become a bigger part of our lives. In fact, experts are calling the rise of AI the driving force behind the fourth industrial revolution. Human ‘tasks’ are being automated by the likes of RPA (Robotic Process Automation) and in many cases, are the driving force for enterprises embarking on digital transformation programmes. We’re watching AI impact so many industries, from harvesting machines in agriculture to radiology departments in healthcare. The future truly feels ‘artificial’ – and when you stop and really consider this, the future of work looks grim for many people.

It is time to start safeguarding jobs by developing the right skills. Forrester has released some stark statistics, talking about the fact that 10% of jobs will be automated this year alone. McKinsey is predicting that close to half of all jobs may be automated in the next decade.

And there are some skills which feel a long way away from being automated, such as:

Empathy
Arguably, the most human skill there is. Yes, robots can successfully carry out simple human communication – think about the success and uptake of chatbots in the customer service space – but to deeply understand and connect with people on an emotional level? Not possible. Think about the healthcare example, where a machine diagnoses a serious disease in a patient. When it comes to discussing treatment options with the family, we need a human touch.

Teaching skills
The learning possibilities we’re presented with today are endless. Technology has made it possible to access reams of information, anytime, anywhere – which has transformed the educational sector. However, for true learning, context is needed. There is simply no replacement for in-person teaching from the most talented of tutors or mentors – in the same way that an Open University course will be supplemented with regular sessions with a human coach.

Judgement
I’m not talking about ‘decision making’ here, which is being automated across many sectors. I’m referring to actual judgement. Yes, machine learning is transforming the legal sector, but it is doing so by augmenting what humans do, enabling them to focus on more demanding tasks like advising clients, negotiating deals and court appearances. AI is capable of analysing data to help make predictions about the outcomes of legal proceedings better than humans. But will this technology ever be able to tell what’s right from wrong? I don’t think so.

Whitney embarked on the Can I Touch It? project against the backdrop of moral concern around the fact that sex robots exist. She explored what this means for future relationships and asked whether women might be abandoned in the future, in favour of inanimate and compliant replicas. While she has full respect for the companionships that exist in this brave new world – and has already become incredibly fond of her own robot – the consensus is that these robots are appliances that people build relationships with. It’s fascinating fodder – and especially in this post-MeToo world – it raises some interesting questions about consent.

It’s worth noting that the same factory that made Whitney’s robot also makes therapy robots. These devices help children with autism and phobias – and is a very sophisticated counselling service that is doing great work, which could arguably, not be provided by a human.

Admittedly, we’ve grown up in a world where we’ve been led to believe that robots are cold and emotionless. We’re moving away from that thought – and I predict that our perception will shift even more drastically in the next few years. But, there are limitations. Will the robots ever fully take over? We’re a long way away from that. 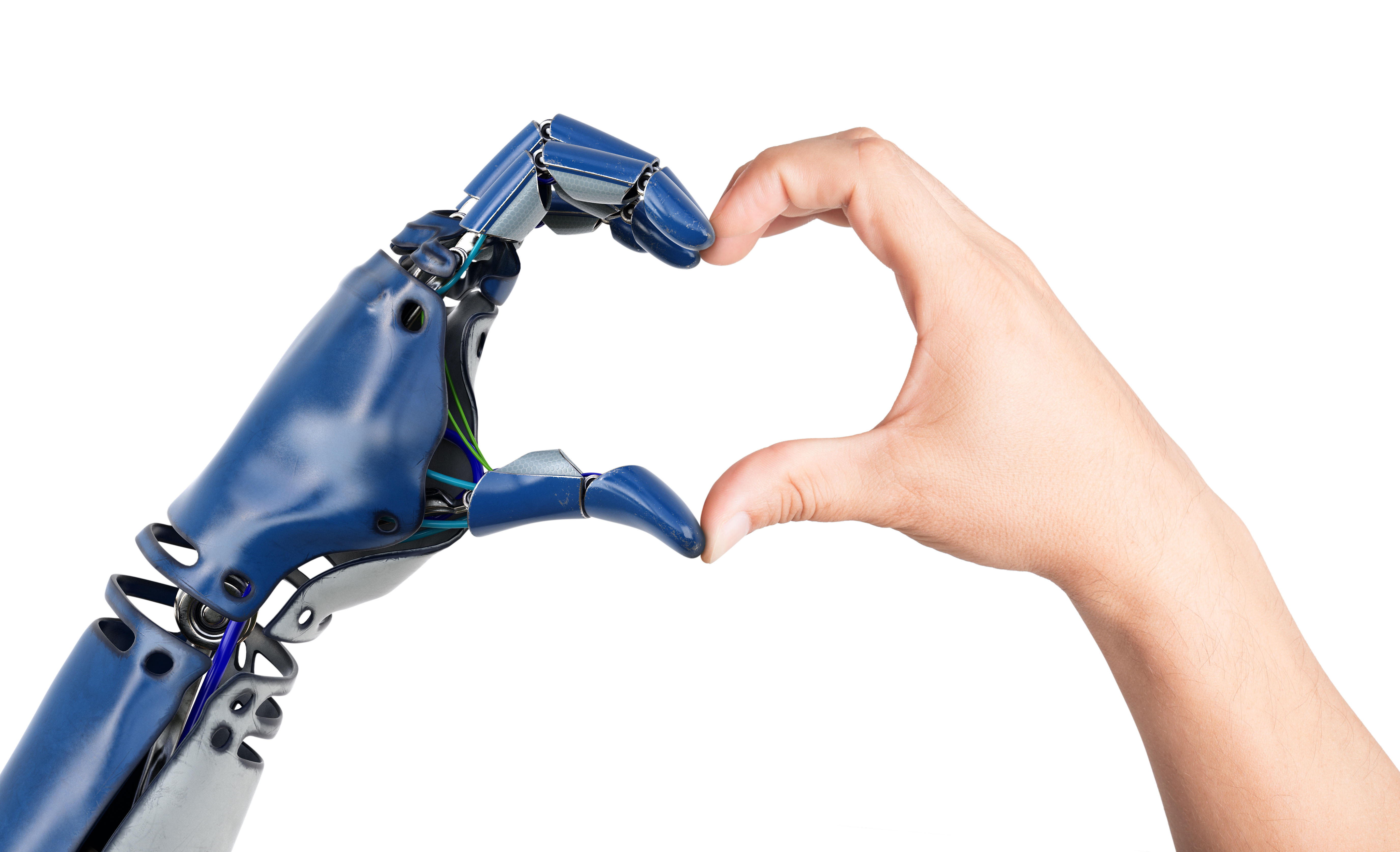