The GameStop and Robinhood saga from a B2B tech PR perspective

Whether you’ve been directly involved through investing or bombarded by the media, it’s likely you’ve heard about the GameStop and Robinhood saga.

I was fully engrossed in this episode when this all first erupted earlier this year, which eventually led me to think of this situation from a B2B tech PR angle and explore more deeply. However, before I delve into my findings, it’s important to set the scene of what happened, highlight the main characters participating and how I personally got involved.

The foundation of this story lays in short selling, which is a way of betting against a company that the stock will fall in price. There are certain stocks that have attracted quite heavy short interest and that includes GameStop, an old school video game retailer.

At some point 138% of its shares were shorted because for a lot of the hedge funds, they felt that GameStop had missed the opportunity to become an online retailer when the pandemic struck, there was no footfall and GameStop was going to find it difficult to get out of the pandemic in good shape.

If the price of these shares starts to rise when you have a bet on that they're going to fall, you get in trouble fast and quite quickly get to the point where you've got to buy these shares back at a much higher price. You get squeezed out of that position.

Who are the main characters?

Retail investors had access to the options market, which hasn't previously been open to them. When you bring together the huge pot of people who are looking to dabble in markets, it’s cheap and you can talk about what your strategy is online, you have a real time bomb.

WallStreetBets was a powerful tool for building momentum and spreading the message of this movement beyond the platform. It became about trying to stick it to the man aka the hedge funds (in this case Melvin Capital). There were a lot of investors who saw this as an opportunity to take on the Wall Street establishment.

GameStop became one of the most actively traded stocks in the US and hit $483 at its peak on 28th, January 2021 before trading became restricted by apps like Robinhood, Trading 212 and more. That week had some of the heaviest trading volumes in the US stock market since 2008. Eventually, when trading was halted and restricted, the stock dipped. It was an unexpected move for a lot of retail investors. There was a lot of speculation that the value could have gone to $1,000 if that had not happened or more. With the restrictions, GameStop went down by 40% per cent within an hour.

Robinhood's narrative has always been that of an anti-establishment vehicle for allowing people to invest. So, when it started acting like a regulated established broker its investors were frustrated. It went from Melvin Capital being enemy #1 to Robinhood as enemy #1.

The whole episode got many thinking about the question of how do you open up markets so that they are there for anybody to access? It can't be fair that only hedge funds can make money out of markets. It has to be possible for everybody to participate - these are public markets.
Overall, there were some institutions that made incredible money on this but there was also a lot of people who bought at or near the top who've lost a lot of money on the way down.

This really caught the attention of regulators with a big question about how financial advice should be regulated on social media platforms. It’s unlikely though we’ll see any sorts of regulators trying to stop retail investors accessing the markets.

How did I get into it?

I was emailed by Ryan Browne, Tech Reporter at CNBC, on the 27th of January 2021, who had reached out to ask if CCgroup client, App Annie (a mobile data and analytics company), had any data it could provide on the spike in usage of online investment apps, notably Robinhood, amid the wild surge in GameStop shares that was being driven by Redditors.

I had heard about Robinhood more and more for the last few weeks. App Annie’s Director of Market Insights had an interview with Payments Cards & Mobile, a leading payments publication, on the rise of Robinhood just a couple of weeks prior.

Eventually, seeing Ryan’s email and his write-up article a few hours after I shared the data with him from App Annie, it sparked my interest to find out more on what was going on. Why was CNBC writing about Reddit? As fate would have it, I had opened a Reddit account the week before for personal perusing, so I could quickly leap onto WallStreetBets to find out the details.

This resulted in me making my first ever investments on AMC, BlackBerry and eventually GameStop.

What did I learn from all of this from a B2B tech PR POV?

1.The power of social media vs. traditional news outlets

A lot of people involved in this saga were young, first-time investors, mainly steered by Reddit but also TikTok. If you think about TikTok as a social media platform, it’s the last place anyone could imagine you’d get your investing or financial advice from.

There’s a big FOMO culture that shrouds social platforms like TikTok, Reddit and Instagram and these have become a breeding ground for the marketing of high-risk investments often shunned by the mainstream investment industry. Sometimes for good reason.

However, these social media apps also brought a lot of good in this particular situation, encouraging young people to get into investing and think more seriously about their personal finances. Social media played an important role in this, as itresonates better with the youth compared to traditional media.

Nowadays, it’s important that we look at the news from all different angles, and today, that includes social media. It’s important as we move into an increasingly social media frenzied world, that we leverage the opportunities we’re presented with. From a B2B tech PR perspective, that means we can leverage platforms like Reddit for our clients as well as others.

Perhaps the PR community should think more multi dimensionally for our clients when thinking who we want to target and where appropriate. Big announcements don’t always necessarily have to be through old school black and white print only, especially if the client gives you a licence to get as creative as you can through various mediums.

2. The fragile and complex fintech ecosystem

The second lesson I gathered from this is that fintechs can be extremely powerful and are increasingly facing their own unique ethical dilemmas depending on which part of the fintech ecosystem they live in.

For example, in the buy now, pay later(BNPL) realm, more regulation was announced by the UK earlier this year for it to come under supervision by the FCA. BNPL usage and apps had exploded in popularity during the pandemic, as people turned to online shopping due to lockdown restrictions. Consumer groups warned that the £2.7 billion ($3.7 billion) BNPL market may encourage people to spend more than they can afford.

It is worth reminding ourselves of the conditions of the finance industry prior to the 2008 financial crisis which sparked the development of fintech in the first place - the recklessness and exclusionary nature of traditional finance.

With fintech companies disrupting this space and promising a more inclusive environment by catering to wider and more economically diverse demographics, it has meant that anyone and everyone has access to a broad range of offerings.

Fintech Robinhood, which first launched in 2013, made it possible for its users to trade financial products without having to pay a commission or deposit a minimum sum. The number of users of the app grew from half a million in 2014 up to 13 million in 2020. When GameStop initially rose to its peak in January 2021, Robinhood swiftly shut down the free trading of this stock as well as the other Reddit fuelled stocks. It’s been implied that Citadel Securities, the notable partner of Robinhood, could have been responsible for the sudden halt of this trading.

What Robinhood did underscores how fintechs need to take a step back to reassess — and broaden — their communication strategies. Fintechs tend to focus on a key stakeholder which are their investors, thinking about growth, speed and scale. This isn’t wrong, it’s just business. But this can be a worry looking through a regulatory lens and fintechs must remember they serve different stakeholders with conflicting interests. Fintechs need to play the long game and trust is a major component of success for any company, especially when dealing with people’s money – these are mission critical tasks.

Robinhood’s motto is “investing for everyone”, which is a powerful slogan in support of the democratisation of finance. Yet with great power comes great responsibility. Last year, in June 2020, it was reported that 20-year-old Alexander Kearns, a student at the University of Nebraska, had taken his own life after believing he had racked up more than $700,000 in losses by trading options using Robinhood. The app’s display for his account made it seem as if he had incurred disastrous losses. Kearns stated in his note that he had “no clue” what he was doing. In the wake of his suicide, questions persist over whether trading apps are operating responsibly, especially given how popular they have become, especially with the Millennial generation, many of whom are new to the world of investing.

It also raises many issues about the nature of this ongoing tech revolution and just how much consideration is being given to the potential harm this wave of cutting-edge innovations can inflict on individuals and society.

A quote from Jeff Hauser, Director of the Revolving Door Project, a progressive advocacy group summarises the second learning well, “Fintech is basically if Wall Street and Silicon Valley had a kid. Over time if they get too strong in these unregulated areas, they will take advantage of people with less access to lawyers and less understanding of the fine print.”

Like any technology, fintech is neither inherently good nor bad, and its potential impact on society is closely tied to the policy decisions guiding its use. This whole episode has only shone more light to one tiny slither of the fintech ecosystem. 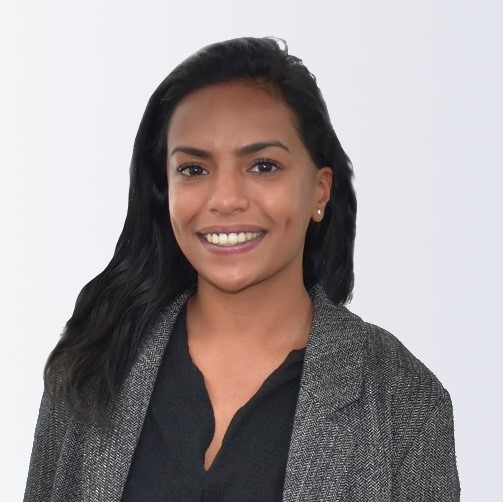 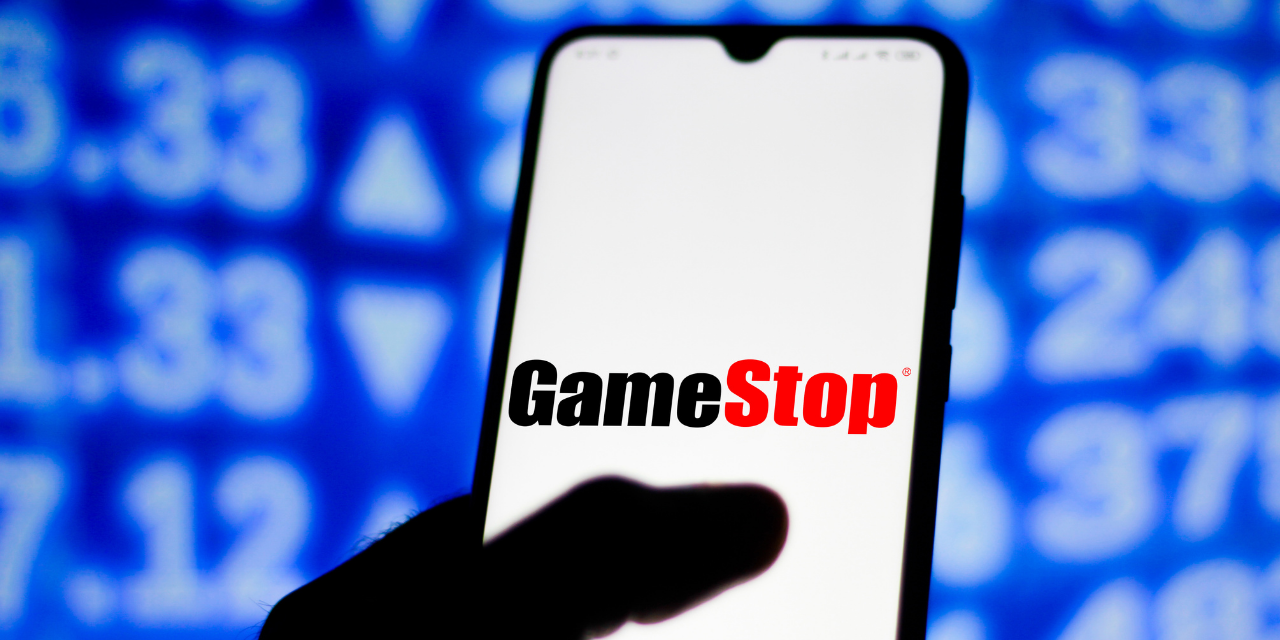