The impact of AI on the retail technology talent gap

It’s impossible to attend a conference or a client meeting today with the terms ‘AI’ or ‘ML’ being thrown around like some technology badge of honour. And when it comes to the retail industry, artificial intelligence is claiming to be the saviour of all problems, from supply chain management to customer experience. As for the world at large – many are convinced it will change the world, with headlines screaming that this new industrial revolution will lead to job losses up and down the country. But when my own Amazon Alexa fails to understand a simple request, like a weather update, or to play a specific song - I can’t help feel that this is all might be a little premature.

The head of artificial intelligence and machine learning at the World Economic Forum, Kay Firth-Butterfield, said so herself at the Wired Smart event, saying AI is often described as “the mythical magical beast which will change everything from climate change to health care”. Her job is to think about the ethics behind this new technology and analyse what happens when the hype doesn’t stand up to what we want it to deliver.

But what happens when the mythical beast actually does rear its head? A more automated society, yes - but what tends to goes hand-in-hand with automation is job losses. And this doesn’t sit well with a sector which is already seeing business closures left, right and centre. The high street becoming a ghost town, anyone?

Clearly some jobs will be made redundant by automation technology in the future – that’s an unavoidable fact that we simply have to face. Research from the 2019 Harvey Nash/KPMG CIO Survey suggests UK retail is set to lose over half a million jobs to robots in the next five years, with 20% of jobs set to be replaced by AI, in some form. Whatsmore, the Office for National Statistics (ONS) estimates that two-thirds (135,000) cashier jobs in UK retail are at high risk of being automated. The counter argument given by many companies is that this will lead to workers having more time to concentrate on less mundane tasks, while freeing up store colleagues to spend more time helping customers on the shop floor.

The report claims 44% of IT leaders cite using automation to improve efficiencies as one of the biggest issues their boards are hoping technology will address. But, if anything, it seems as though the retail industry is in need of more highly skilled technology workers than it can find. I wonder – how can we create the automated version of our future, without humans to code and develop the underpinning software?

Holland & Barrett is in the midst of a huge recruitment drive to find engineers, product managers and designers to roll out its digital transformation plans, but the high-street retailer’s CTO, George Goley, recently spoke at Etail Europe about how difficult it is to build out his team because finding the right talent isn’t easy.

Retailers including Moonpig and Gousto are also on the job hunt, with Moonpig’s CTO, Peter Donlon, looking for roles in security, data and, of course, software engineering.

Donlon says it’s especially hard to find top engineering leadership talent. “Within the market, there’s definitely a gap between supply and demand, with more and more engineers opt to progress down the individual contributor, non-managerial route,” he explains. “This is something we offer internally but has led to fewer engineers opting for a managerial career path.”

Last year, Moonpig opened a dedicated Tech Hub in Manchester and was hiring 50 new roles across its London and Northern offices. This talent gap has now narrowed to around 20 roles, but Donlon pointed out that hiring outside London comes with challenges.

“From a competition point of view, London is a very buoyant market with everyone from the top tech companies like Google, through to well-funded start-ups competing for the same talent. In Manchester we compete against a much smaller pool of similarly minded tech companies with the real challenge being accessing the talent in the first place, as opposed to hiring them.”

Indeed, the further away from London your company is, the harder it seems it is to recruit the right people. Aidan Connor, global digital platform manager at Mayborn Group – the parent company of mother and baby brands Tommee Tippee and The Gro Company – said it was “considerably harder” finding talent in the Newcastle and the surrounding North East, where he struggles to hire engineers with enterprise experience to develop AI-powered enterprise solutions.

Granted, this isn’t new – and the UK has been suffering from a technology skills gap for many years. This is something the government is well aware of and has tried to encourage more children into STEM subjects at school. And slowly but surely we are seeing an up-take in these subjects, with the number of students choosing to take computing at A-level rising for the second year in a row.

But we need to be encouraging these skills from all angles, not just school-level, such as Next’s new ‘Back to IT’ programme providing placements for those who have had a career break.

And of course, not forgetting the brilliant initiatives out there which are helping to increase diversity in technology – huge hat tip to the following brilliant organisations: Code First: Girls, Tech Talent Charter, Apps for Good, Stemettes and Girls Who Code.

Technology is playing a crucial role in the future of the retail industry and this has the propensity to skyrocket over the coming years, with the promise of advancements around AI. But let’s not forget the importance of the people who work in it. While some roles will become redundant, this movement is also going to create space for many more.

Katie has more than seventeen years experience in B2B tech PR, with a mix of in-house and agency experience. Since starting her career in the IBM press office, she's worked for a number of companies across the tech sector, from large multinationals to start-ups. She's led UK, EMEA and global communications programmes for the likes of Cisco, Fujitsu, Unisys, VMWare, Applix, Remedy, Onyx and Arbor Networks. Katie joined CCgroup in December 2017 and brings a passion for helping her clients deliver effective messages to the right audiences, in a compelling way. Outside of work, Katie likes hiking up mountains, binge watching TV series and discovering new craft gins. 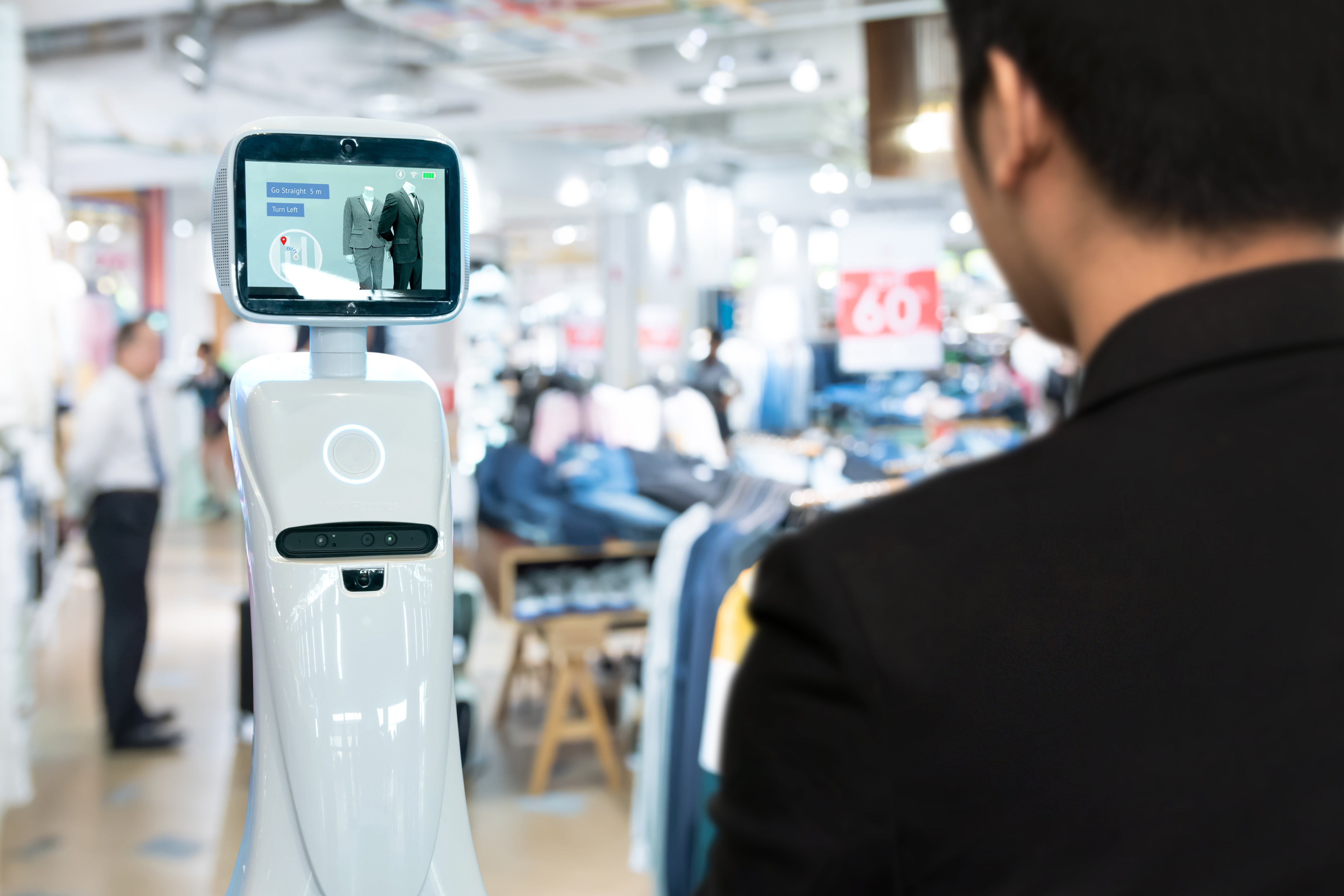