The sad state of diversity affairs in tech

When I started my career in tech PR, as a 21-year-old woman pretty much straight out of Uni, it was hard to ignore just how male-dominated the tech industry was. Nine years later, I’m not sure how much we’ve progressed. But while my personal experiences have been in regard to a lack of gender diversity, that’s not the only diversity the tech industry struggles with—there’s a lack of ethnic diversity, too.

Some of the world’s largest tech companies began publishing annual diversity reports in 2014. But sadly, six years later, little progress has been made. According to CNBC, the likes of Alphabet, Apple, Facebook, Microsoft and Twitter have only seen low single digit increases in their percentage of Black employees. Facebook, for example, has gone from a workforce that was 3% Black in 2014, to a workforce that is just 3.8% Black six years later. Twitter has made a bit more progress, going from a workforce that was 2% Black to one that was 6% Black at the start of 2019, but it’s still not much.

Over the years, it seems the tech industry has been more focused on gender diversity than ethnic diversity, and a lot of effort has been made to advocate and lobby for more women in tech. But even despite these efforts, it’s not amounted to much. According to WISE, the number of women in the tech sector has remained stagnant for the past decade, while other parts of the science, technology, engineering and maths (STEM) sector have made progress in growing the number of women in core roles.

So, what’s the deal with tech industry and its diversity issue? Effort has been put into trying to bring some gender balance to the industry and nothing has come of that. And it’s even worse when we look at ethnic diversity.

The wrongful murder of George Floyd has certainly triggered a global social movement, and diversity is not an issue the tech industry can ignore any more. Some companies may even fail to see how the Black Lives Matter movement relates to the tech industry at all. But sadly, the lack of diversity is proof that there is an issue, and it’s high time something was done about it.

A lack of diversity ultimately comes from the systemic racism that is built into all institutions. While a major driver of change will be tackling the racism that lives in schools and universities, police forces and so on, businesses (not just tech) have a responsibility to do more. And that doesn’t just mean token gestures—it means real change.

But the issue with diversity in tech isn’t just around giving Black people and people of colour the same opportunities as their white counterparts—which they so rightly deserve. It’s also about addressing the fact that a lack of diversity ultimately impacts the technology that is so crucial to our lives, and our futures. For example, AI that is learning bias based on the white middle-aged men that are training them. There are already stories about how facial recognition has demonstrated racism, unable to identify faces that aren’t white. If white people continue to develop and train these technologies, then they’re being built to serve only white people—and racism finds a new vehicle in which to practice injustice.

Tech has had a diversity issue for a long time, and for an industry that is known for its innovation and its ground-breaking developments, it’s disappointing that this issue persists. While the social movement we’re currently witnessing was the catalyst the world needed to shine a light on the inequality and racism that sadly, still exists, I really hope the tech industry does more to show its allegiance, and helps bring progressive change. After all, if we think about how technology from the likes of Apple, Facebook and Google are playing such a leading role in defining the technology we interact with, that we communicate with and that we consume information from, these companies have a duty to tackle racism.

But it’s not just up to the big tech companies to drive the change—it’s up to everyone within the tech industry to help eradicate racism. At CCgroup, we’re ensuring we do everything we can to drive positive change—we’re changing our recruitment processes, we’re undergoing training with Hustle Crew, which is on a mission to make tech more inclusive; we’re learning, we’re reading, we’re writing, we’re sharing knowledge across our team; we’re reviewing our suppliers and holding our existing ones accountable. And we’re also set on achieving Blueprint accreditation to ensure we’re attracting and retaining diverse talent.

Ultimately, it’s the responsibility of every single company within the tech ecosystem, from the big four to the little guys, as well as all the other companies that support the industry. We see how the tech industry is transforming how we live, work and play, and everyone has a role to play in tackling racism and driving change in the world, for the better. 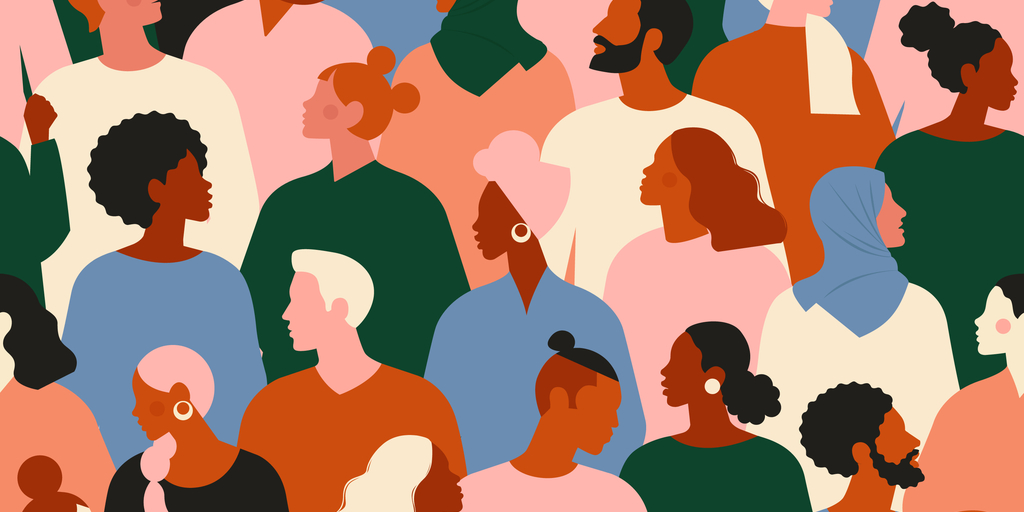