What will the autumn budget bring for the UK’s public services?

Rumours abound for the next few weeks about the pressure Philip Hammond is under as he works on this month’s autumn budget. Of course from a technology perspective, we’ll be looking to see what investments are promised to enhance the UK’s position as a world leader, especially with the global rush to be first to roll out 5G. Hammond is also up against his own Brexit deadline, and is forecast to set a fairly conservative budget as the world readies itself for the potential economic schisms wrought by our conscious uncoupling from the EU.

At the moment, Hammond is under pressure to help fund the £26 billion boost promised to the NHS by PM Theresa May. This commitment will come with a price tag of an additional £6.5 billion next year in real terms, eventually hitting an additional £26 billion a year in 2023-24. May also made a round of additional promises last week at the Tory conference, announcing that she would lift the cap on council borrowing to build new homes, which is likely to cost at least £1bn a year. Money for NHS funding and housing have been underlined as the biggest commitments from the Tory’s.

As Hammond scrambles to find the cash behind the couch to fulfil on these promises, one potential remedy he has mooted is the addition of a digital services tax on the likes of big tech companies such as Facebook. With Facebook paying a paltry £7.4m in corporation tax last year, Google revealing it kept a data breach that put 500,000 people at risk a secret, and UK retail figures slowing to their weakest level in almost a year (with competition from online retailers such as Amazon tax), the current anti-FANG mood could certainly give fuel to the prospect.

Increasingly at CCgroup, we find ourselves working with vendors and companies who serve the public sector – whether health and social care organisations, or local councils. And so we recognise more and more the pressure that public sector organisations are under, and what an increase or decrease in funding will mean not just from a technological perspective, but also from an economic, social and political perspective.

This was further underlined by a number of studies released this week. Cambridge University research announced yesterday showed that poorest councils in England have been disproportionately affected by spending cuts to local public services since austerity measures introduced in 2010, with post-industrial cities in the north of England, and some inner city London boroughs hit particularly hard. More than 30 council areas in England experienced spending cuts of more than 30% between 2010 and 2017, with seven councils experiencing cuts of more than 40%.

Meanwhile a group of frontline NHS leaders this week have warned that the funding squeeze in the name of making efficiency savings has resulted in just the opposite. The majority of one-off savings has been realised according to a group of English health trust executives, and rather than lower tariffs accelerating the rate of savings the NHS, trusts are now facing a deficit of more than £4bn.

When you work with technology on a day to day basis, being able to see the possibility of advancements to help people and make an impact on our daily lives is one of the most exciting parts of the job. Local councils investing in their own digital strategies (such as laying full fibre) doesn’t just connect more people to the internet. It can make a real difference to the prosperity of a region that has been under economic pressure. It can bring rural communities closer together. And it can improve the services given to local citizens – from health and social care, to education, to employment accessibility.

Meanwhile, the potential for technology to improve the healthcare system in the UK is boundless at a time when the population is both growing and ageing, and the patient-to-doctor rate is shrinking. From using sensors-based equipment to monitoring patients from afar, through the use of telemedicine to provide remote diagnostic services to rural areas, to simply equipping a hospital with enough bandwidth that they are able to share and access digital files easily without having to wait for the internet to dial up.

Increasing cuts to public funding not only hamstring efforts to provide services to the UK public, but also frustrate efforts of these organisations to roll out long-term transformative projects that will benefit the region and its citizens alike. The boost in NHS funding could well be an opportunity to try and gain back some ground that has likely been ceded to austerity when it comes to technological advancements in healthcare. With the UK government seeking to futureproof domestic networks and boost its competitiveness on the global stage post-Brexit, Hammond would do well to remember that the delivery of beneficial technologies like fibre and 5G will be incumbent on far more than regulatory reform alone. 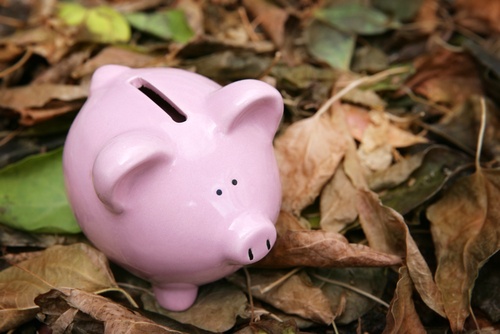